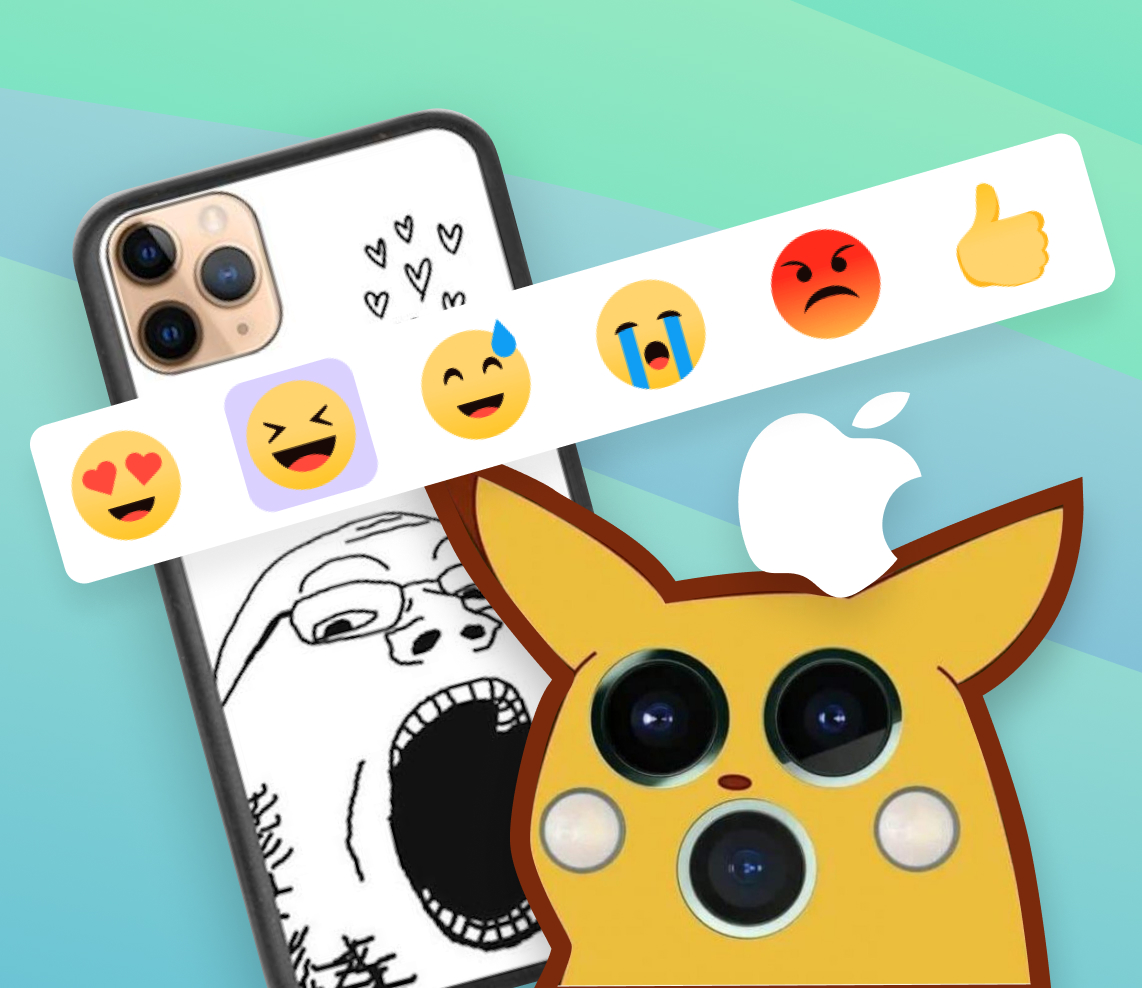 In 2022, Apple introduced its iPhone 14 lineup of smartphones, which includes the iPhone 14, iPhone 14 Plus, iPhone 14 Pro, and iPhone 14 Pro Max. The unveiling took place in Cupertino, California during Apple’s first in-person launch event since the outbreak of the coronavirus pandemic.

Like every year, expectations were high for Apple to come up with something groundbreaking and innovative. Unfortunately for many Apple customers, the company doubled down on its trickle-down approach to innovation in 2022, saving the most interesting features and upgrades for the most expensive models, namely the iPhone 14 Pro and the iPhone 14 Pro Max.

While the iPhone 14 launch event was not as exciting as many had hoped it would be, some of the iPhone memes created to express Apple users’ reactions to it are so memorable that they’re worth taking a retrospective look at.

Reaction 1: Apple Keeps Releasing the Same Phone Over and Over Again

Me upgrading from iPhone 13 to iPhone 14 after Apple’s announcement today pic.twitter.com/n8f7Gw8Y1i

The few under-the-hood improvements the iPhone 14 brings to the table include 2 GB of extra RAM, a better main camera, a newer modem, 1 extra GPU core, autofocus on the front-facing camera, and support for emergency SOS via satellite (US only).

Since the real-world impact of these improvements can be almost invisible, it’s no surprise that one of the most popular Apple memes of 2022 criticized Apple’s lack of innovation. The meme was even shared by Steve Jobs’ daughter, Eve Jobs, on her Instagram account (she has since deleted it).

Reaction 2: iPhones Are Becoming Obscenely Expensive Outside of the US

#AppleEvent Whatever it takes for that iPhone 14 pro Max 😭😭😭 #iPhone14Pro #iPhone pic.twitter.com/U7zKNTqgYK

Apple fans from the US breathed a sigh of relief during the iPhone 14 event because Apple had decided not to increase iPhone prices in its home market, with the base iPhone 14 model still starting at $799 and the iPhone 14 Pro at $999.

Sadly for customers in the UK, the EU, and many other markets, prices have increased—quite dramatically. In Germany, for example, the regular iPhone 14 costs €999 (around $1,060), while the iPhone 14 Pro costs €1,299 (almost $1,400). On average, EU customers are now expected to pay around 30% more than US customers.

If this trend continues for a while, one kidney may not even be enough to pay for the latest and greatest iPhone Pro Max. Hopefully, a new iPhone SE will be released soon and deliver excellent value for an affordable price.

Reaction 3: Where Is My SIM Card Slot?!

iPhone user memes are often created as a way of coping with unpleasant realizations, such as the fact that the US version of the iPhone 14 no longer has a physical SIM card slot.

By removing the SIM card slot, Apple is trying to speed up the adoption of eSIM technology, which has been quite slow and is predicted to reach 90% only by 2025.

The problem with the lack of a SIM card slot is that it makes traveling—let alone moving—abroad a hassle. Yes, there are apps like Airalo that provide local and regional eSIMs for travelers, but they tend to cost more than local pre-paid SIM cards.

Out of all iPhone 14-related announcements that were revealed at the 2022 Apple Event, the Dynamic Island has made the most headlines. The Dynamic Island transforms one of the most polarizing aspects of the iPhone—the notch—into a selling point by providing a surprisingly useful way to display notifications and app controls.

Sure, the Dynamic Island has its downsides (it’s not exactly easy to reach, and it gives you one more reason to put your greasy fingers near the front-facing camera), but people love it and are willing to pay extra for the iPhone 14 Pro just so they can enjoy it, so it’s a huge win for Apple.

Reaction 5: Will It Break?

There’s something mesmerizing about seeing a beautifully crafted iPhone that’s been recently unboxed experience a face-to-face encounter with a concrete surface, a heavy hammer, or perhaps a razor blade. That’s why YouTubers from around the world race to see who can be the first to smash their brand-new iPhone and in the most epic way possible, giving us videos such as:

In addition to being entertaining (and wasteful), iPhone durability tests help buyers evaluate whether Apple’s latest smartphones are really as tough as the company claims they are. Fortunately, the iPhone 14 lineup is even more durable (and easier to repair!) than the iPhone 13 lineup thanks to its redesigned internal design.

Reaction 6: I’m Afraid to Update My Old iPhone to the Latest Version of iOS

iPhone events aren’t just about the smartphones themselves. They’re also about the operating system that runs on them and makes them as useful as they are.

As is tradition, those with newer iPhones were excited by the updated operating system, while those with older supported models were largely scared by its potential performance impact, giving us funny iPhone memes to laugh at.

Reaction 7: The Flat Design is Getting Dated

The iPhone 14 lineup is rocking the same flat design as the last two generations, and it’s getting quite old. It also doesn’t help that the design has been copied by many Android manufacturers, so it doesn’t really feel all that premium anymore. What’s more, smartphones with sharp edges are objectively less comfortable to hold than smartphones with curved edges.

The good news is that the iPhone 15 lineup is expected to have a new design, and curved edges could make a comeback. Even if they don’t, iPhone users will at least be able to share charging cables with all other smartphone users, because Apple is finally ready to ditch the Lighting port for USB-C.

Apple: iPhone 14 is a copy of iPhone 13 with 2 additional minutes of battery life.

At the end of the day, people will continue throwing money at Apple regardless of how innovative or expensive the company’s products are. Why? Because of the following reasons:

In a world full of products that become obsolete soon after they’re released—and given the fact that smartphones in general have matured and are no longer as exciting as they used to be—iPhones actually still deliver a lot of value. That’s especially when they’re babied and used for several years before being sold on the second-hand market.

So, iPhone 14 memes that poke fun at Apple customers because of how much money they have to spend are clearly shortsighted despite being entertaining. But that’s something you, our dear readers, already know.

The year 2022 wasn’t an easy one for many people, but at least it kept us entertained with an endless stream of iPhone memes. This year, Apple is expected to bless us with the most substantially upgraded iPhone lineup in years, and we’re sure that its release will inspire many new iPhone memes. We’ll make sure to keep you in the loop, so stay tuned!

7 posts
David Morelo
About author
David is a professional tech writer whose experience with the Apple ecosystem stretches back to the days glorious days of the iPhone 3G. He enjoys helping users use their devices to their full potential by scouring the internet for the most useful apps, writing detailed how-to guides, and providing all kinds of useful tips.
Related posts
iPadiPhone
What Does Canceled FaceTime Mean?
By Jeff Cochin
4 Mins read
It can be very frustrating when you are faced with a canceled FaceTime call. You might be trying to contact a relative…
iPhone
iPhone vs Android Camera: Which Platform Is Best for Photographers?
By David Morelo
9 Mins read
Smartphone photography is no longer synonymous with low-quality pictures that avid photographers would never want to include in their portfolios. Modern smartphones…
iPhone
Is It Possible to Unlock an iCloud Locked iPhone?
By Jeff Cochin
6 Mins read
Apple has provided iPhone users a “Find my iPhone” tool that has evolved over the years. In IOS7, Apple introduced a reactivation…