iPhone vs Android Camera: Which Platform Is Best for Photographers? 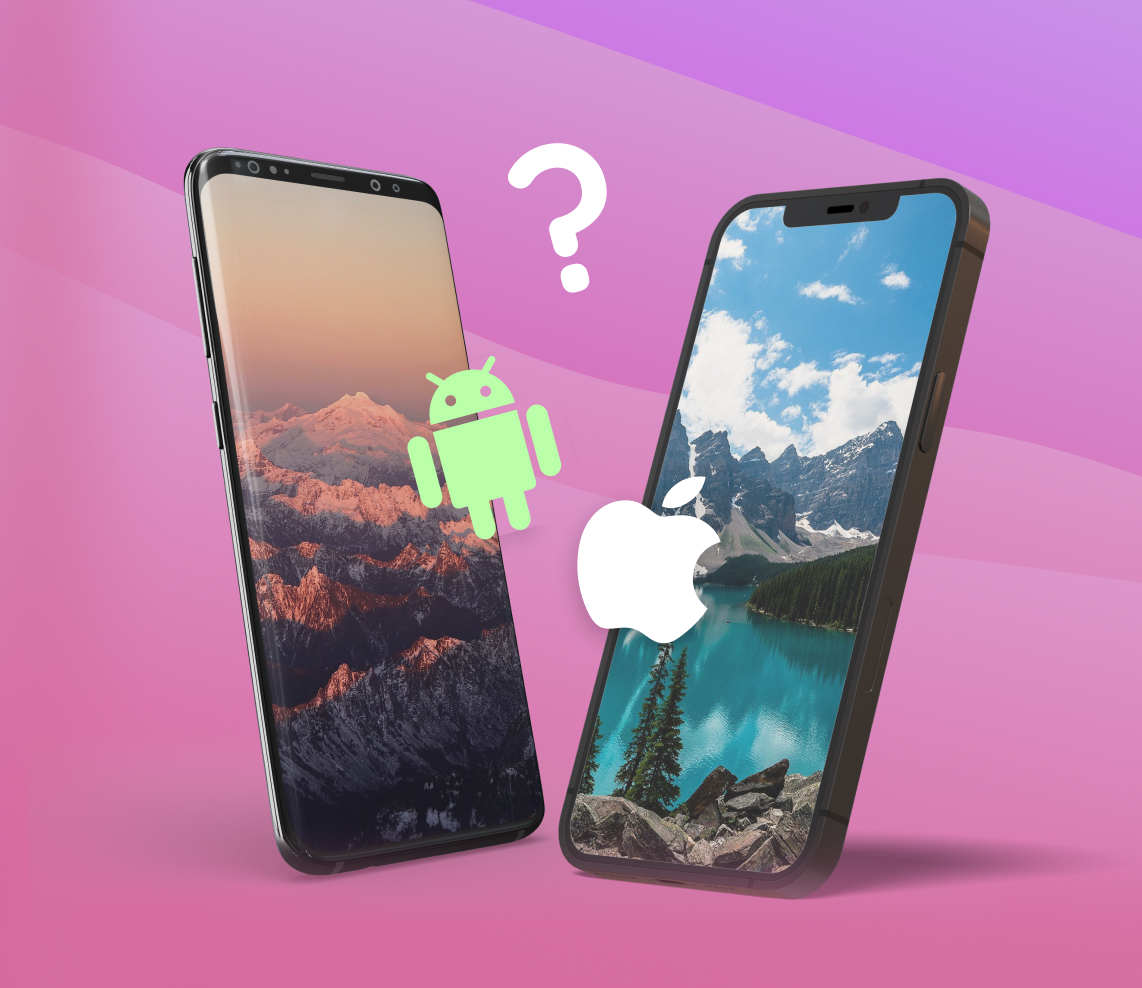 Smartphone photography is no longer synonymous with low-quality pictures that avid photographers would never want to include in their portfolios. Modern smartphones produce pictures that give even DSLR cameras a run for their money, and they do so with a simple tap on the shutter button. If you’re currently contemplating your next smartphone purchase, then you need to choose between iPhone (iOS) and Android.

This article is here to help you understand the differences between iPhone vs Android camera quality, usability, and features.

Available Models and Their Prices

There are a limited number of iPhone models available compared to the wide variety of Android smartphones. Apple typically releases a new iPhone model once a year, whereas a new Android device is released almost every day.

Some consumers see the limited number of iPhone models as a benefit because it simplifies the buying process and ensures that all iPhones have the latest features and specifications. Since the iPhone SE doesn’t have a particularly good camera, your options essentially boil down to the regular iPhone (starts at $799) and the iPhone Pro/Pro Max (starts at $999).

Android devices range from budget-friendly options to high-end flagship smartphones, and this variety allows consumers to choose the phone that best fits their needs and budget. If you are a photographer and refuse to compromise in terms of Android camera quality, then you should limit yourself to flagship devices like the Samsung S22 Ultra (starts at around $1,000) or the Google Pixel 7 Pro (starts at $899).

To keep things simple, we will be focusing on the latest iPhone 14 Pro Max and comparing it with the Samsung Galaxy S22 Ultra & Google Pixel 7 Pro. By comparing the best against the best, it will become clear which of the two platforms is better for photographers.

Similar three rear-facing cameras can be found on the Google Pixel 7 Pro:

The Samsung Galaxy S22 Ultra outshines both the iPhone 14 Pro Max and the Google Pixel 7 Pro because it has one extra camera:

The additional camera features a 10x periscope zoom mechanism, allowing it to reach a focal length of up to 230mm, making it perfect for shots of very distant objects, such as birds or planes.

Besides the extra camera, the Samsung Galaxy S22 Ultra’s main camera has twice as many megapixels as the main camera on the iPhone 14 Pro Max and the Google Pixel 7 Pro, resulting in significantly more detail being captured and giving you more room to play with when cropping your images.

Overall, the Samsung Galaxy S22 Ultra is a great option for those who want to carry a ridiculously wide zoom range in their pocket, but those who primarily shoot portraits and landscapes are unlikely to use it to its full potential. The iPhone 14 Pro Max and the Google Pixel 7 Pro offer very similar sets of cameras, and the differences between them come down largely to the software side of things (more about it soon). 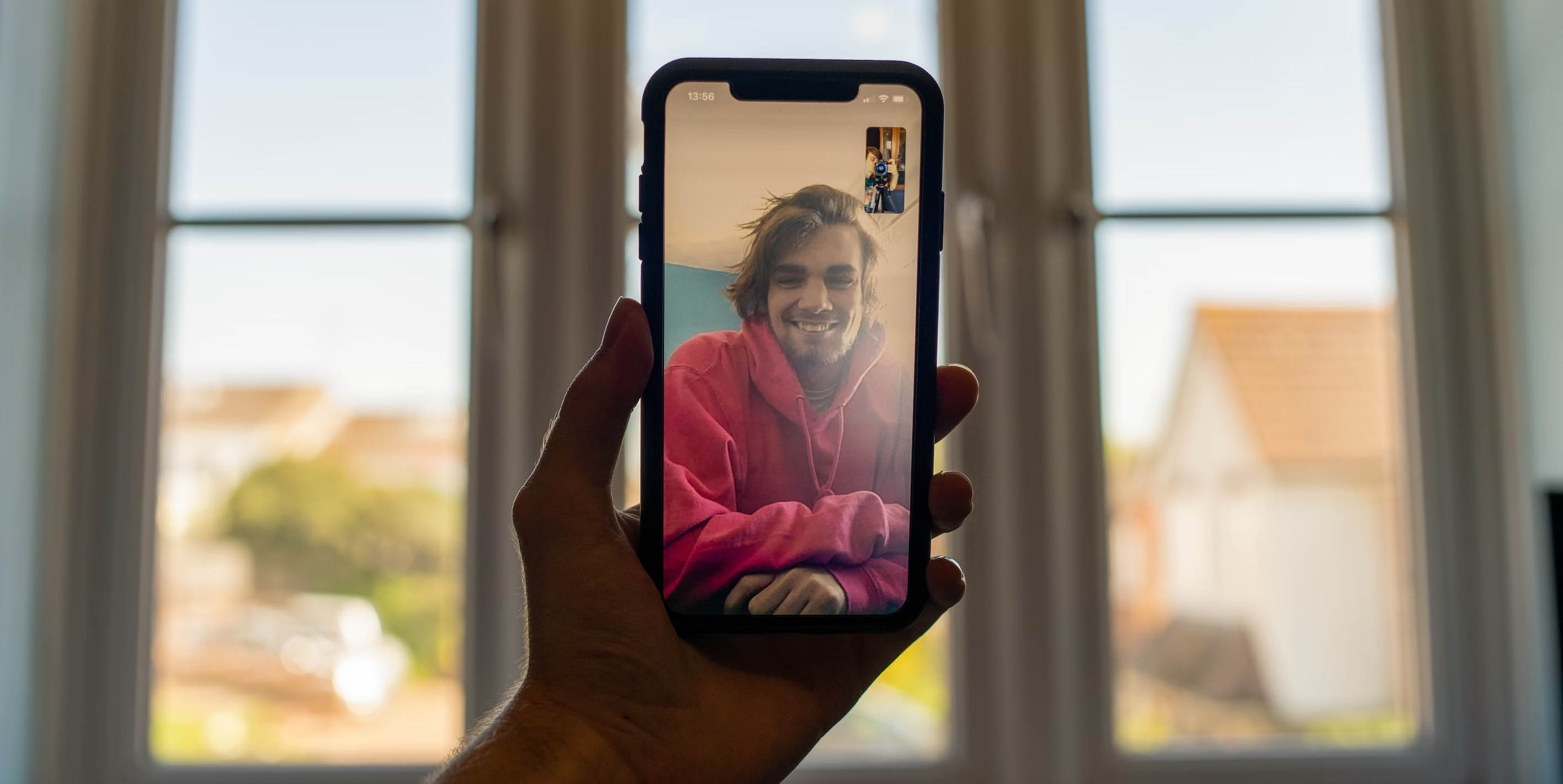 While some photographers avoid selfies like the plague because they see them as inauthentic and self-promoting, others believe they are a creative outlet or a good way to connect with others. Regardless of which camp you fall into, a high-quality front-facing camera can greatly expand your photo-taking options.

Here’s what the three smartphones we’re focusing on for the purposes of this iPhone vs Android camera comparison have to offer:

Again, the Samsung Galaxy S22 Ultra wins megapixel race, but the iPhone 14 Pro Max has the largest aperture of the three smartphones, resulting in superior low-light performance. The Google Pixel 7 Pro has the weakest front-facing camera, especially because it lacks Phase Detection Auto Focus, so images are often blurrier than they should be. They’re also too wide-angle for our liking and, as a result, quite distorted, especially toward edges.

Even though this Android vs Apple camera comparison is largely about static pictures and not videos, not discussing the difference between iPhone and Android camera video recording quality would be an unfortunate omission.

If you’re someone who doesn’t enjoy video editing much and you want your recordings to look great right away, then you can enable Cinematic Mode on the latest iPhone (as well as iPhone 13 models) and the two Android smartphones (and many other high-end and flagship models). Apple’s Cinematic Mode looks the best in our opinion, but the gap isn’t particularly large.

You can have the best camera sensor in the world, but it won’t be easy to take consistently good-looking pictures unless the software side of things is equally polished.

The native iPhone camera app offers the most pleasant and consistent user experience. Everything from switching between available camera modes to changing lenses to adjusting different settings is completely seamless and lag-free.

Unfortunately, there are not that many settings to change because the native iPhone camera app lacks Manual mode. You can only adjust the exposure and play with customizable photographic styles.

The camera app that comes with the Google Pixel 7 Pro feels like a slightly less optimized version of the iPhone camera app. For example, it’s easy to see when the smartphone changes from one lens to another when zooming in or out. Manual mode is also missing.

As is typical for Samsung devices, the camera app that comes pre-installed on the Galaxy S22 Ultra is packed with extra features (some are more useful than others), and it even has Manual mode that you can use to change the exposure, ISO, shutter speed, white balance, and more. The app is fairly nice to use, but it can have its embarrassing moments, such as when it becomes unresponsive or crashes unexpectedly.

Since neither platform limits you to the native camera app, we should also talk about third-party iPhone camera vs Android camera apps.

There are many great third-party camera apps available for the iPhone. Here are three highly-rated camera apps that you may want to consider if you’re interested in extra features and better optimization for apps like Instagram and TikTok:

Android users can also choose from many excellent third-party camera apps, including:

Other Things to Consider

Now that we’ve covered the main differences between Android vs iPhone picture quality, we want to end our comparison by briefly touching upon some other factors that may influence your purchase decision.

It used to be that even budget Android smartphones could put the most expensive iPhone to shame when it comes to battery life. While it’s still true that Android smartphones tend to have larger batteries than iPhones do (both the Samsung Galaxy S22 Ultra and the Google Pixel 7 Pro have a 5,000 mAh battery while the iPhone 14 Pro Max has a 4,323 mAh battery), Apple’s excellent software optimization and efficient chipsets help iPhones last a very long time on a single charge.

Just don’t expect to recharge your iPhone battery quickly because even the most expensive iPhone has a maximum charging speed of only 27 watts. The Samsung Galaxy S22 Ultra 5G charges at up to 45 watts, and devices like the Xiaomi 11T Pro charge at whooping 120 watts.

As far as basic accessories like cases and screen protectors go, you will have many options to choose from regardless of if you go with an iPhone or Android device.

That said, there’s an entire ecosystem of third-party iPhone accessories aimed at photographers, and it includes clip-on lenses, external microphones, mounts, gimbals, and much more. Many of the same accessories are not available for Android smartphones, so this is definitely something to consider if you would like to take your photography to the next level with them.

Is iPhone camera better than Android?

It is difficult to say definitively whether iPhone cameras are better than Android cameras, as both platforms offer high-quality cameras that are capable of producing excellent photos. Some people may prefer the reliable, intuitive nature of iPhones, while others love the advanced technical features offered by some Android devices.

Does the number of megapixels matter?

Why is iPhone camera better than Samsung?

There are a few reasons why the cameras on iPhone models are generally considered to be better than those on Samsung phones, such as:

Yes, both iPhones and high-end Android devices support RAW file formats. A RAW file is a type of image file that contains unprocessed data from a digital camera’s image sensor. This allows for more flexibility and control when editing the photo.

After comparing the camera capabilities of both iPhone and Android devices, it is clear that both platforms offer high-quality cameras that are suitable for photography enthusiasts. While iPhones tend to offer a more polished user experience and more consistently great overall results, some Android devices have higher-resolution sensors, periscope cameras, and other advanced technical features.

Ultimately, the choice between iPhone and Android will come down to personal preference and individual needs. Both platforms offer excellent cameras that can produce stunning photographs, so it is up to the photographer to decide which platform best suits their style and needs. Whether you choose iPhone or Android, you can be confident that you will have a powerful and capable camera at your fingertips.

7 posts
David Morelo
About author
David is a professional tech writer whose experience with the Apple ecosystem stretches back to the days glorious days of the iPhone 3G. He enjoys helping users use their devices to their full potential by scouring the internet for the most useful apps, writing detailed how-to guides, and providing all kinds of useful tips.
Related posts
iPadiPhone
What Does Canceled FaceTime Mean?
By Jeff Cochin
4 Mins read
It can be very frustrating when you are faced with a canceled FaceTime call. You might be trying to contact a relative…
iPhone
Apple Users' Reactions That Led to the Best iPhone Memes of 2022
By David Morelo
5 Mins read
In 2022, Apple introduced its iPhone 14 lineup of smartphones, which includes the iPhone 14, iPhone 14 Plus, iPhone 14 Pro, and…
iPhone
Is It Possible to Unlock an iCloud Locked iPhone?
By Jeff Cochin
6 Mins read
Apple has provided iPhone users a “Find my iPhone” tool that has evolved over the years. In IOS7, Apple introduced a reactivation…