Where is the Microphone on an iPad? 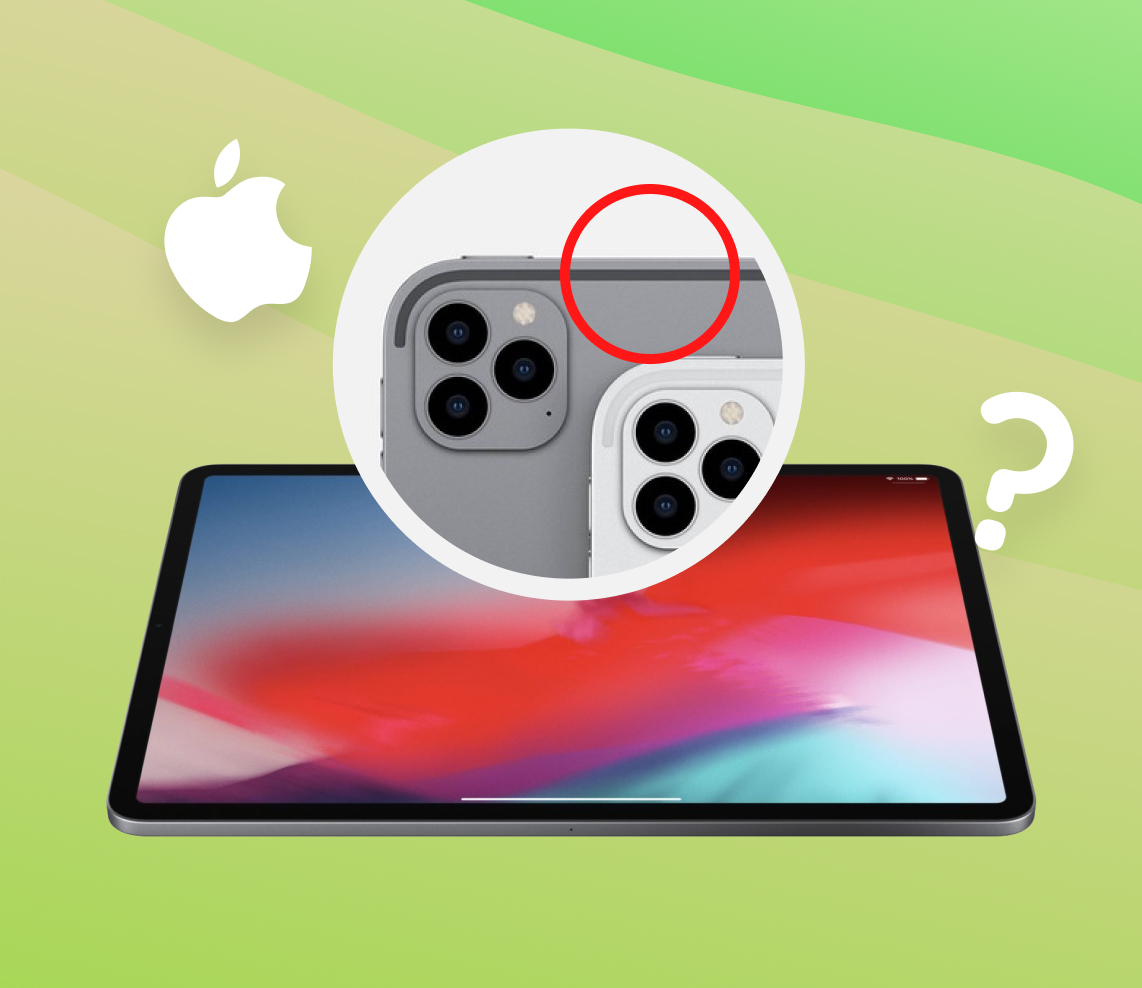 Your iPad is an incredible piece of equipment. It offers users a combination of cutting-edge technology in a mobile device that can be used virtually anywhere. The iPad’s diverse functionality lets you work on spreadsheets, watch a movie, or engage in personal communication via apps like FaceTime.

Every iPad has at least one built-in microphone. The mic or mics appear as small pinholes and are suitable for recording audio and video. You might want to use an external mic to record high-quality audio for streaming purposes.

To obtain the best communication performance, you need to know where the mic is on an iPad. Without this information, you might inadvertently cover it up and degrade its ability to capture and record sound. So let’s look at all the various iPad models and see where their microphones are located.

How to Find the Location of the Microphone on an iPad

While every iPad has at least one microphone, they are in different locations depending on the model and generation you are using. The user manual included with your device should provide a diagram that indicates the iPad’s microphone location as well as any other controls or buttons available to the user.

Let’s find out where the mic is on your iPad based on the model of the device and its specific generation. Apple has not standardized the location or number of microphones that are included with the various types of iPads on the market. 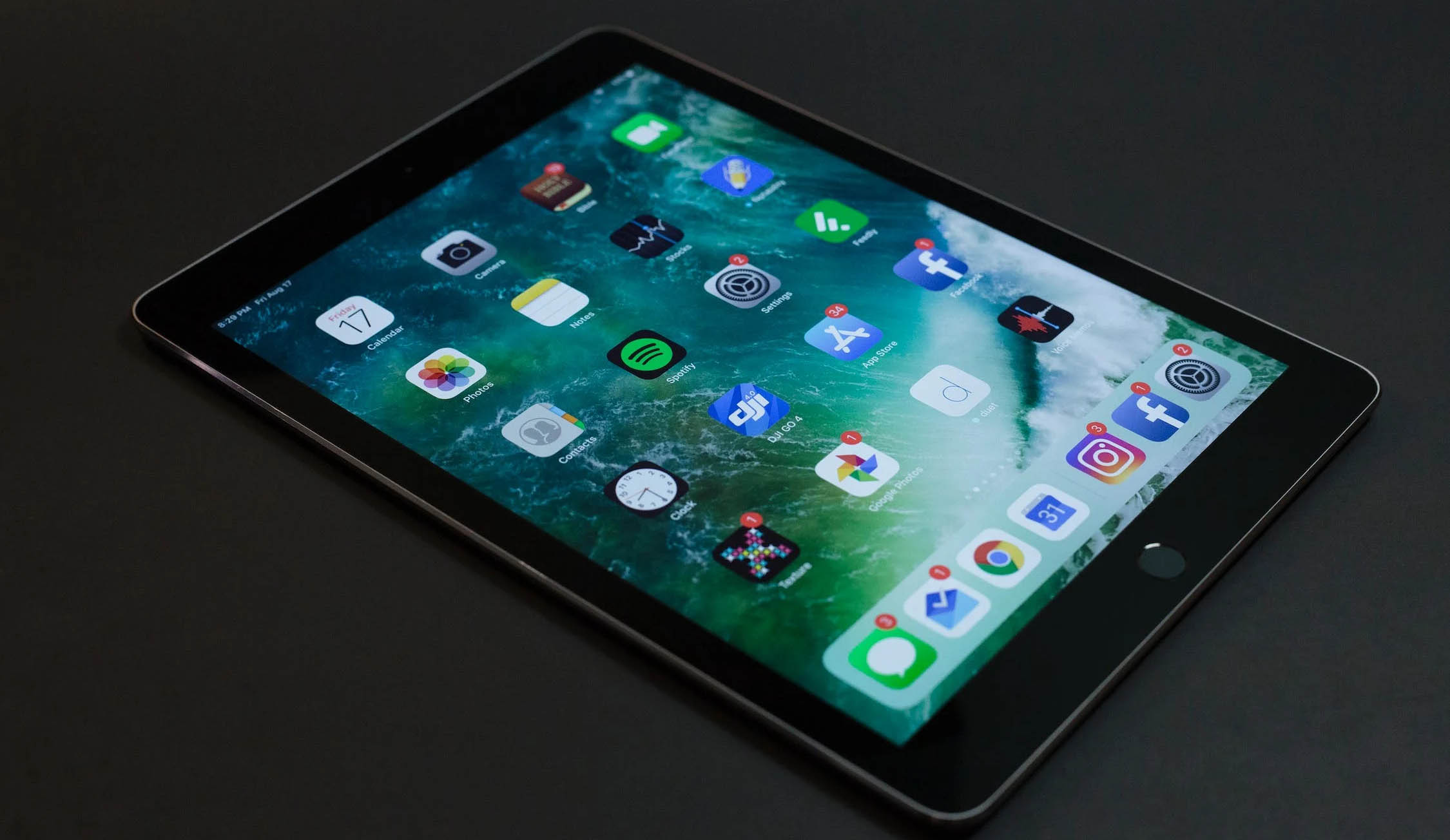 The iPad was first introduced to the world in 2010 and has gone through ten generations of development. The number and location of the microphones on the iPad have changed over the years.

Apple has made six generations of the iPad Mini. All but the initial version have two microphones.

The number and location of microphones on iPad Pros are determined by the size of the device and its development generation. The iPad Pro comes in four sizes, 9.7”, 10.5”, 11”, and 12.9”. Let’s see how the mics are distributed among the various sizes of iPad Pros.

The location of the iPad Air microphones has remained consistent from its introduction to the newest model, the iPad Air 5th generation. The devices have two mics, one located on the top and the second on the back of the iPad Air.

Can you use external microphones with the iPad?

Yes, external microphones can be connected to an iPad. Since newer iPads do not have a headphone jack, the connectivity will be made through the device’s Lightning connector.

How can I adjust the iPad mic volume?

You can adjust your iPad’s mic volume using the following steps.

How can I test the clarity of my iPad mic?

You can test the clarity of your iPad mic by recording a short video or using the Voice Memo app. If the microphone does not exhibit the desired performance, you may need to change its volume as in the steps outlined above. You should also make sure nothing is blocking access to the mic that would affect its ability to capture sound.

How can I clean an iPad microphone?

You can attempt to clean an iPad microphone by removing any obstructions that affect its performance. Suggestions include using a soft-bristled toothbrush or a small paintbrush to sweep away dust. You can also try a can of compressed air to blow away debris. The goal is to remove any obstructions without damaging the microphone.

There is definitely a microphone available on your iPad no matter its model or generation. The built-in microphone should be sufficient for most tasks unless you have reason to record very high-quality sound. In those cases, you might want to consider an external microphone.

We’ve shown you how to find your iPad’s mic so you can be sure it is not accidentally blocked during use so it doesn’t produce degraded sound quality. Now you can enjoy all of the features available in the mobile and advanced technology that is the iPad.

8 posts
Robert Agar
About author
Robert Agar is a freelance writer with a CS degree from Pace University in New York and more than 30 years of experience in compliance, data storage, and security. Here at AppleNApps, he uses his extensive IT background to produce content that’s just as approachable as it is comprehensive.
Related posts
iPadiPhone
What Does Canceled FaceTime Mean?
By Jeff Cochin
4 Mins read
It can be very frustrating when you are faced with a canceled FaceTime call. You might be trying to contact a relative…
iPad
Why Does My iPad Say Not Charging When Plugged In? - Fixing Charging Issues In iPad
By Jeff Cochin
6 Mins read
There are many reasons why your iPad may develop charging problems, and you can quickly fix many of such issues by taking…
iPadiPhoneMac
Is Facetime Free Internationally With Wi-Fi? Facetime User Advantages
By Jeff Cochin
6 Mins read
Facetime is one of the best aspects of using an iOS or macOS device. It is a video calling app free for…